Other members of the family 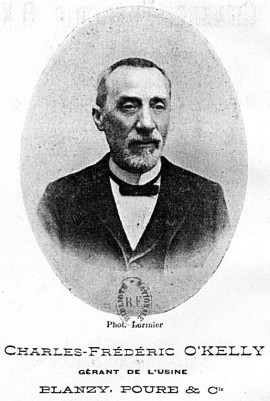 Charles was the third-born son of Joseph Kelly (or O'Kelly senior), brother of Joseph, Auguste, and George. He did not become a musician. In 1852 he joined the company Blanzy Poure & Cie., a company founded in 1846 to import steel pen nibs from England. He was instrumental in transforming the company from an importing to a producing company and became managing director after Blanzy's death in 1867. For decades, Blanzy Poure was a household name in France for high-quality steel pen nibs, and O'Kelly - along with other English technicians and machinists - lay the founding stone to this success. Long after his death, in 1945, the company merged with the (British) Gilbert Pencil Co. to become "Gilbert & Blanzy Poure". In 1960 followed another merger with Conté to form "Blanzy-Conté-Gilbert". This was acquired in 1979 by BIC. 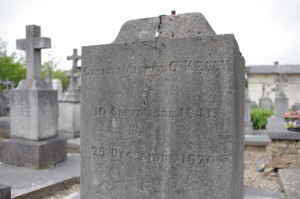 Hardly anything is known about this fifth, rather late-born son to the immigrant Joseph (O')Kelly. He was born when the family already lived in Paris. He returned to live and work in Boulogne as a "caissier" and died as a bachelor aged 29. His grave is on the Cimetière de l'Est, the historic gravesite of Boulogne.