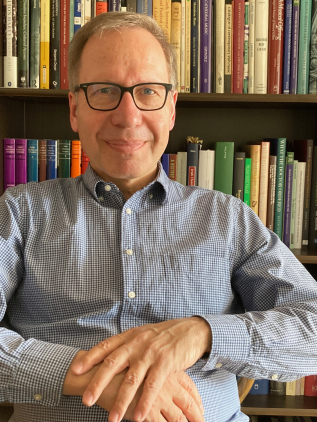 Thank you for your interest. Ever since I spent a year at Trinity College Dublin (Ireland) in 1987–8 I have been researching aspects of Irish musical history. Since this is NOT my main professional activity, the actual extent of my research is limited, both in scope as in topics. Still – in the course of some 35 years there is a certain amount of research which has only in part been published. In the hope that somewhere out there some people may be interested I started setting up this website in early 2011.

A few dates about my academic "career": I was born in Münster, Westphalia, in 1962, studied music and musicology at Hildesheim, Germany (1984–90), and at Trinity College Dublin, graduating in 1990 with a degree as "Diplom-Kulturpädagoge". My 1995 Ph.D. thesis on twentieth-century Irish art music (supervisor: Prof. Werner Keil) was the first major work in this area. It was published (in German) as Die Musik Irlands im 20. Jahrhundert (Hildesheim, 1996). Further publications include Irish Classical Recordings – A Discography of Irish Art Music (Westport CT, 2001), O'Kelly – An Irish Musical Family in Nineteenth-Century France (Norderstedt, 2014), Bird of Time. The Music of Swan Hennessy (Mainz, 2019), and many articles in books and journals. I also co-edited Irish Music in the Twentieth Century (= Irish Musical Studies 7, Dublin, 2003) and The Life and Music of Brian Boydell (Dublin, 2004).

As an independent scholar I was the 'Irish Advisor' to the German encyclopedia Die Musik in Geschichte und Gegenwart (MGG) (Kassel, 1994–2008), contributed to the New Grove Dictionary (London, 2001), the Dictionary of Irish Biography (Cambridge, 2009) and wrote about 85 articles for the Encyclopedia of Music in Ireland (Dublin, 2013). I have given academic papers in Ireland, the UK, Germany, France, Italy, Finland, and the United States.

In 2015, I became a Research Associate of the Research Foundation for Music in Ireland (RFMI), and I was elected an honorary Corresponding Member of the Society for Musicology in Ireland (SMI).

On 5 May 2022 I was awarded a Doctor of Music honoris causa / DMus (h.c.) by the National University of Ireland.

I have an ORCID ID if you care to take a look.

In case there are any doubts: I love my professional work! I've been involved in various editing and consulting capacities over many years. Since late 2007, I am working as a senior editor with the Munich-based sustainability consultancy akzente (remotely from Frankfurt). As of late April 2022, this is part of the global consultancy Accenture. 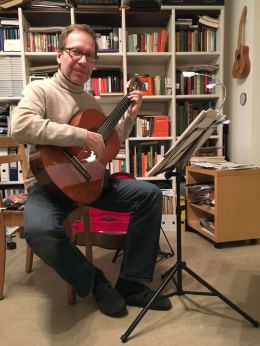 I started playing classical guitar at age 13 and studied the instrument at Hildesheim university with the Hannover-based guitarist Jürgen Happe, himself a Karl Scheit pupil. Due to professional and family constraints I neglected my instrument for a long time. I have been rediscovering it intensely since mid-2014 and enjoying it more than ever before. This includes an academic interest in some guitar composers, which may at some point lead to new publications in this field. In fact, some of my earliest publications were articles in Gitarre & Laute (Germany) and Classical Guitar (England) in 1990–1. I have many ideas for research in this field, including an Irish (classical) guitar repertory. Watch this space ...